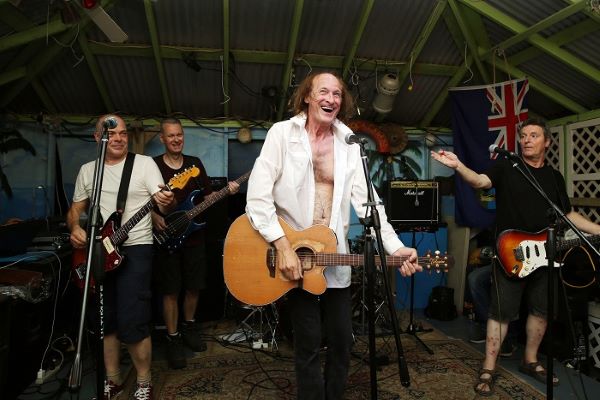 John Otway has just released his first album in 10 years... titled 'Montserrat'. And we have three copies to give away!

The album was recorded on the Caribbean island of Montserrat, the first by an international recording artist since the Rolling Stones' Steel Wheels in 1989. Hurricanes and an active volcano made the while enterprise a huge undertaking but the result is already getting fantastic reviews. As Otway himself says "It's got 11 tracks, and 10 of them are hits!"

When John Otway has an idea he usually carries it through. Others may wilt at the first hurdle, trip at the second or just plain retire hurt at the third. But not Otway if he can help it. If there is one thing John Otway is it's determined - and he was pretty determined about his idea last year.

"Where do real rock stars go to make an album?" he mused. And the answer was loud and clear. Montserrat, the 'go to' place in the 70s and 80s for all major rock stars to make their records; The Rolling Stones, Elton John, Dire Straits, The Police, Status Quo, Eric Clapton, Paul McCartney, Duran Duran... the list goes on. 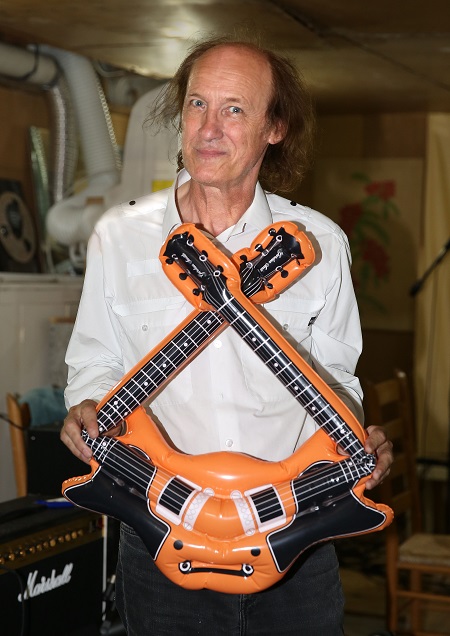 Two hurricanes and one erupting volcano later and it all changed. Air Studios fell into disrepair, the capital city became a modern day Pompeii and half the island became uninhabitable due to the spread of ash. In 1989 Hurricane Hugo effectively destroyed Sir George Martin's Air Studios making Steel Wheels the last album to be recorded there. Until now.

Otway liked the idea of following in the footsteps of the stars and wasn't going to let a little thing like weather conditions and topography deter him. In January 2016 he visited the Island with a view to recording. The people of Montserrat are incredibly proud of their iconic musical status and when the Otway team arrived in the tiny seven seater plane (the only current commercial transport onto the island) they were greeted at the airport by the Premier, several members of the cabinet and Miss Montserrat. The Islanders were delighted that someone was coming back to record.

But it was not going to be cheap so John looked at crowd-funding as a way of enabling the enterprise. Otway had not recorded an album for over 10 years and, though he is probably best known for his self-effacing humour, his avid fan base are also very fond of his song-writing. It was soon evident that there was indeed enough interest in the project - the Kickstarter campaign generated £40k in a month - enough funds to allow it to proceed.

Air studios was no longer an option but Sir George Martin had a house in the North of the island. It had a basement with a soundproofed room that used to house a radio station and it was the perfect size for a four piece band. Sir George, like the islanders, liked the idea of someone going back to record, and gave the project his support. Producer Chris Birkett was given Sir George's room and the team set about carving their niche in history.

"It was a big job. The band flew in from the UK, the producer from Canada, the amps from Miami and the fans from all over, but it was incredibly well worth it. Given the pressure and the expectations that you put upon yourself it's amazing what you can do. No one wanted to let the side down and no one did. I wanted to make a better album than Steel Wheels - and I did!"

And as a generous footnote, the band left the amps on the island for future visitors to use along with the islanders themselves. The 11 track CD, 'Montserrat' was released in May 2017 on Red Bowler records. A limited box set comprising CD, DVD and beautifully crafted booklet is also available.

Full track listing is as follows: Dancing With Ghosts; Seagulls On Speed; Real Tears From Both Eyes; I Shouldn’t Be Doing This; Five Kisses; Already Missing You; Jenny; Toronto; Somewhere Else To Go; There’s A War Going On; The Conductor's Waltz. For more please visit www.johnotway.com

Competition open to UK residents aged 18 & over only. The winner will be notified by email. Please read the full terms and conditions, in particular the competition terms section.

To win a copy of Monserrat simply answer the question and submit your details in to the form below.