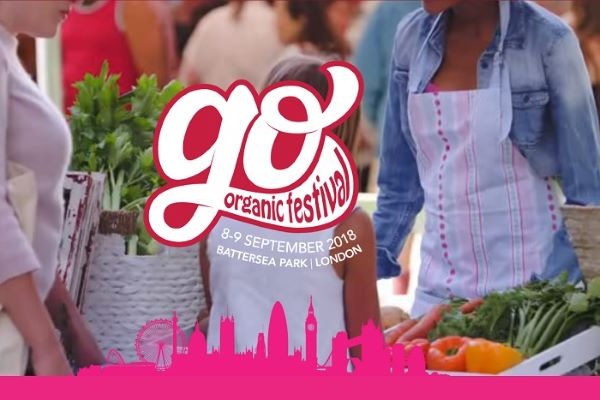 It’s time to GO! Organic - tickets now on sale for new London Festival. Tickets for GO! Organic, the most exciting new festival in London this summer, are now on sale at www.goorganicfestival.co.uk

Taking place over the weekend of 8-9 September, Battersea Park will be transformed into a vibrant celebration of the very best in organic, sustainability and healthy lifestyles. The festival will feature a 100-stall organic marketplace, organic beer festival, a raft of big-name and up and coming bands, celebrities, talks, organic kitchen demos, a children’s farm, circus entertainment, free fun fair rides and much more.

With capacity set at 15,000 attendees for its launch event, organiser Diversified Communications UK is urging prospective attendees to reserve their tickets well in advance. To ensure the event is accessible to as many people as possible, early bird tickets are priced at just £26 for adults, £13 for children and £69 for a family of four.

The eclectic line-up already includes: The Hoosiers and The Magic Numbers on the main stage; television personalities Jonathan Dimbleby, Simon King, and Janey Lee Grace; Helen Browning OBE, chief executive of the Soil Association; Chris Collins, head of horticulture for Garden Organic; environmental campaigner Natalie Fee; children’s entertainers Mr Bloom and Andy Day; plus some of the country’s most exciting chefs will be creating tasty dishes to suit every palate (and conscience) in the Organic Kitchen.

Among the chefs now confirmed are: Gelf Alderson, executive chef at River Cottage and an early pioneer of the Farm to Fork philosophy; Emily Watkins, head chef of The Kingham Plough; eco restauranteur Arthur Potts-Dawson; leading food writer and chef Rosie Birkett; and Chetna Makan, Great British Bake Off contestant and author of The Cardamom Trail.

Sponsors include Abel & Cole, Clearspring, Crazy Jack, Tarrantella, Pukka, Helen Browning Organics, Wyld Wood Organic and G's Fresh, with more to be announced over the coming weeks. The event forms part of the Organic September celebrations and has the support of the Soil Association and the Organic Trade Board's Feed Your Happy campaign.

For further information about getting involved, please contact the festival's sales manager Amanda Thackray at athackray@divcom.co.uk .

An you can now find full details of the impressive line-up, combining great bands, celebrities, talks, organic kitchen demos, kids' stuff, features and over 100 exhibitors to celebrate all things organic, brought together in a fabulous festival setting. 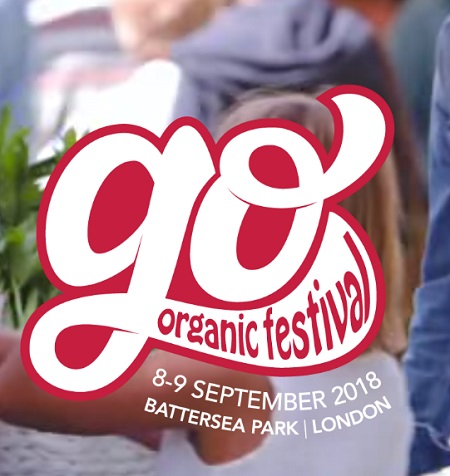 With headline sponsors confirmed and big-name brands lining up to book stands, the new GO! Organic Festival (taking place in London's Battersea Park over 8th - 9th September 2018) is shaping up to be one of the most important new initiatives seen for the UK's growing organic and sustainable living sector, according to organisers Diversified Communications.

"We have had a fantastic response to this ambitious initiative, with support from across the organic sector. It's going to be an amazing event, with a brilliant, eclectic line-up, including top bands such as The Hoosiers and The Magic Numbers on the main stage, television personalities such as Jonathan Dimbleby, Simon King, Janey Lee Grace and children's entertainer, Mr Bloom; whilst some of the country's most exciting chefs can be seen in the Organic Kitchen.

Add to that some amazing feature areas, Meet The Farmer, circus acts, a free fun fair, a children's farm, hands-on workshops, an Organic Beer Festival, bug hunts and so much more, and you can begin to see that we have the makings of something quite special."

Sponsors confirmed include: Abel & Cole, Clearspring, Crazy Jack, Tarrantella, Pukka, Helen Browning's Organic, Wyld Wood Organic and G's Fresh, with more to be announced over the coming weeks. The event forms part of the Organic September celebrations and has the support of the Soil Association and the Organic Trade Board.

Discounted advance tickets can be purchased via the website, with tickets for adults at £29, children £15 and a family of four at £69. For full details, please visit www.goorganicfestival.co.uk