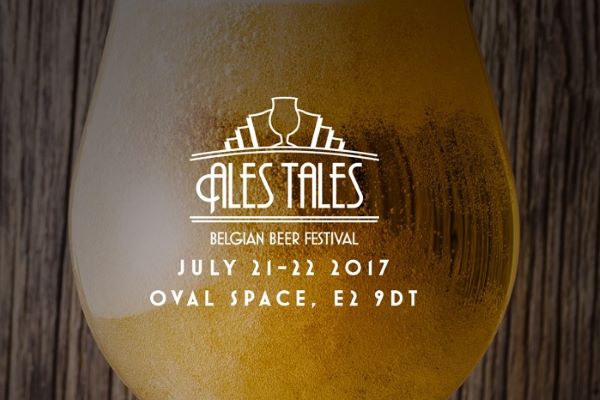 The UK's first ever Belgian craft beer festival takes place at Oval Space in Hackney, July 21st - 22nd. The intimate event will give beer lovers across London a chance to sample Belgium's unique beer culture, along with the food and music. Ales Tales will host some of the finest breweries known to Belgium, from small batch micro-breweries including En Stoemelings, 't Hofbrouwerijke, Fort Lapin and De Leite to larger well-known producers such as Brasserie de la Senne, Hof Ten Dormaal and Bertinchamps.

Ales Tales invites Londoners on a voyage of beer discovery this July. Upon arrival ticket holders will receive a tasting glass, which will allow them to delve into Belgium's illustrious beer culture, with over 60 craft beers on offer from 20 breweries. Food will be served up by one of Brussels top chefs Fabrice Rocheteau while a selection of Belgium's finest cheeses will be on offer for beer pairings.

Manning the taps at Ales Tales will be Belgo Sapiens, Mr Rock, Brasserie Lupulus, de Glazen Toren, Fort Lapin with each brewery will bring a selection of their finest beers from across the channel. The renowned Brasserie De La Senne will showcase their Brusseleir, Zinnebir, Taras Boulba and Bruxellensiswhile Hof Ten Dormaal who are famed to use mixed fermentation with sour fruits, will bring four of their best beers. Other breweries include Brasserie de Bastogne who use a signature open tank fermentation process providing a complex flavour to their beers and t Hofbrouwerijke who harness wood spices across five of the beers that will be on show. 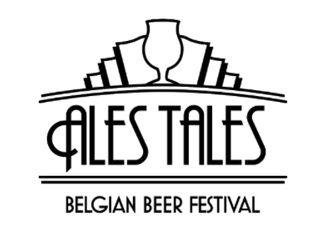 Beyond plentiful amounts of beer, food will be provided by Fabrice Rocheteau. Fabrice has been cooking in some of the most notorious restaurants in Brussels. With 25 years experience as a chef, he'll be on hand to give a taste of Belgium with typical national dishes such as 'croquette de crevettes' (shrimps croquette), 'ballekes sauce liegeoise' (meatballs with beer sauce). Alongside beer, cheese is another Belgian speciality and Ales Tales will curate a line-up to match its stellar beer offering.

"We are proud of the fact that we have created Ales Tales Festival to celebrate everything that makes Belgian beer & food great. UNESCO just added Belgian beer to its Intangible Cultural Heritage of Humanity in 2016 so now we want to showcase our beer’s quality and diversity to the city of London, from the traditional 'triple' to the other sides of the beer spectrum. Expect some of the finest beers from Belgium that you won't find in the UK".

Ales Tales was founded by two Belgians, Nicolas Tondeur and Sayuri Kasajima. Expatriates for ten years who have lived in London for the past four. Upon arriving to the UK they were surprised not to find any of their favourite Belgian beers in the local pubs and supermarkets. Fast forward a few months and Ales Tales was born, where they have handpicked twenty special breweries to represent the best of the old and new worlds of Belgian brewing techniques.