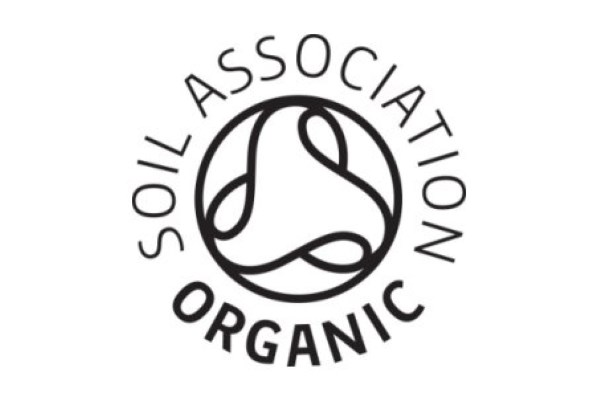 The Soil Association was founded in 1946 by a group of farmers, scientists and nutritionists who observed a direct connection between the health of the soil, food, people and the environment.

Today the Soil Association is the UK's leading organic organisation, with over 200 staff based in Bristol and Edinburgh. It is an educational charity with some 27,000 members, and its certification subsidiary, Soil Association Certification Ltd, certifies over 80% of organic farming and food processing in the UK.

Since 1946 the Soil Association has grown from a small, but influential voice challenging the orthodoxy of chemical-based, intensive agriculture to an international authority on the principles and practices of organic farming. Their interests and activities cover the whole spectrum of animal welfare, the environment, human health, international development, resource management, rural culture and employment.

The Soil Association wrote some of the world’s first organic standards, in 1967, long before the EU organic regulations were drafted. Ultimately they stated that the basis for the success of any organic enterprise is the creation and sustenance of a living soil. "The use of, or abstinence from, any particular practice should be judged by its effect on the well-being of the micro-organic life of the soil, on which the health of the consumer ultimately depends." This is still true today.

During the 70s there was beginning to be a demand from certain consumers and farmers for a system to show that food had been produced to Soil Association standards. The certification system set up in 1973 is now used to provide an independent audit and tracking system from the individual field through to the final packing.

They have also developed standards for areas not covered by the EU regulations, such as textiles and health & beauty. Over 80% of organic products in Britain carry the Soil Association symbol and it has gained the trust, respect and confidence of consumers and producers across the globe. Any surplus income is gift-aided to the Soil Association Charity to raise awareness, develop and safeguard the organic sector. The Charity is involved in a range of activities from lobbying government, handling media stories, organising events, running campaigns and supporting academic research into the benefits of organic food and farming.

They are one of the key organisations campaigning against GM in the UK and played an instrumental role in keeping GM out of our food chain. Following widespread public opposition and negative impacts of GM field trials on the environment, the government announced in 2004 that GM crops will not be commercially grown in the UK in the foreseeable future.

They have also been vociferous in their campaigning against the over-use of antibiotics. In 1985 they wrote the first organic standards, restricting the use of antibiotics and one of their campaigns which ran from 1995 to 2005, which included two reports, extensive lobbying and media work, led to the banning of all antibiotic growth promoters throughout the EU. More recently in 2010 they exposed the fact that deadly antibiotic-resistant E. coli and salmonella superbugs are now widespread on British farms due to overuse of antibiotics and highlighted the lack of public scrutiny.

The Soil Association covers a broad range of policy and campaigning work. Subjects they work on include climate change, food security, intensive farming, animal welfare, genetic modification, promoting farming as a valuable career choice, and the urgent need for re-localising our food communities and reconnecting people with where their food comes from. Some key Soil Association projects and initiatives which contribute to this work include:

The Food for Life Partnership is a network of schools and communities across England committed to transforming food culture. The aim is to revolutionise school meals, connect young people with farms and inspire families to cook and grow food. The initiative is funded by the Big Lottery Fund and led by the Soil Association, bringing together the practical expertise of the Focus on Food Campaign, Garden Organic and the Health Education Trust. At Food for Life Partnership schools, great food is matched by food education, cooking lessons, on-site food growing, visits to local farms and improvements to the dining area. Those involved learn how the food we eat impacts on our health, the health of our planet and animal welfare by growing it, cooking it, eating it and visiting farms.

The Soil Association is part of a partnership programme on local food and social enterprise called Making Local Food Work funded by the Big Lottery Fund. The Soil Association is supporting the development of community supported agriculture projects and organic buying groups. Community supported agriculture (CSA) and buying groups are systems for sharing the financial risks of agricultural production between producer and consumer. Consumers can commit to a farm and pay upfront for their share of produce. In the event of a crop failure, the consumers may share the financial loss for that season, but in times of abundance they share in the rewards. CSAs help make fresh, local food more accessible, promote healthy lifestyles, support local economies and build communities, and reconnect people with the land and where their food comes from.

The Soil Association Land Trust has been established with two aims: to protect the countryside by acquiring and managing farmland sustainably; and to connect the public with the stewardship of the land. The Land Trust acts as an antidote to the thousands of acres of fertile soil and hundreds of family farms being lost to development and the intensification of agriculture, by ensuring land exists that produces good quality, climate-friendly food now and for future generations.

Developed in close partnership with our growers, the Soil Association Organic Apprenticeship Scheme is a two year work-based placement with an organic farmer or grower. Combined with a series of structured seminars throughout the two years - designed to build upon the practical knowledge participants will gain out in the field - the aim of the Organic Apprenticeship Scheme is to produce well-rounded and experienced individuals with specialist skills and a broad knowledge of organic agriculture and food businesses. Many of our apprentices do not come from farming backgrounds or have direct access to farmland.

The Soil Association have been awarded a £2.7 million grant by the Tubney Charitable Trust to run a five year project, in collaboration with the RSPCA and Bristol University. Working with Soil Association Certification Ltd. and Freedom Food schemes, the new project will roll-out ‘outcome-based’ inspection processes and standards, and then promote this approach as best practice to farm assurance schemes throughout the UK – and further a field.

Supporting farmers and growers in the UK

The Soil Association provides dedicated training events for farmers and growers across the UK. Through our training events and wider services we aim to inspire and support new entrants to enter organic agriculture and to provide practical work-based training, as well as ongoing professional development for more established organic practitioners. Our events focus on encouraging 'best practice' across all farming and growing sectors, disseminating current research, marketing support and market information, as well as creating new trading links and opportunities for all organic businesses.

Find out more about the Soil Association and their work at – www.soilassociation.org