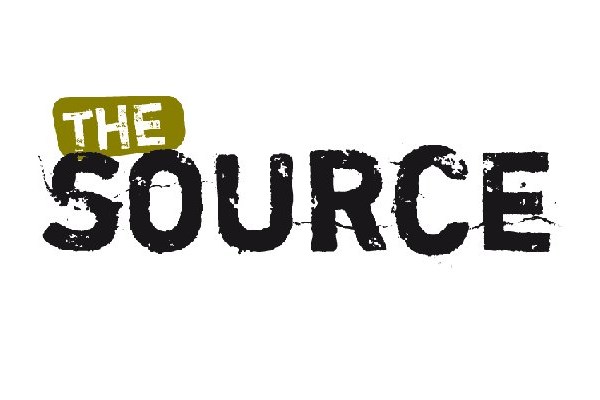 Support your planet, your community and your health with an organic, locally sourced Christmas dinner.

Organic farming systems, which are holistic and work with nature, use less energy than non-organic agriculture – typically using 27% less energy per unit of food produced.

Organic farmers are banned from using oil-based artificial fertilisers and avoid the use of pesticides, thereby reducing carbon dioxide emissions, producing less dangerous wastes and protecting wildlife on farms. Instead, they use natural processes such as energy from the sun to fix nitrogen in the soil, crop and livestock rotations, using natural predators for pest control and focusing on animal welfare and positive health which reduces the need for drug treatment.

Due to the increase in demand for organic produce it now couldn't be easier to source all you need for the perfect organic Christmas.

MORE GOBBLE IN AN ORGANIC GOOSE

Get to know your local turkey or goose farmer this Christmas. Around ten million turkeys are sold in the UK each year so choose one that will taste delicious and is sourced from a local organic farm. Organic turkeys are free-range and spend their lives running about in the open air, this is reflected in the quality of the meat. A lean Norfolk Black or Norfolk Bronze turkey will provide an extra special Christmas treat for the whole family.

GET SAUCY THIS CHRISTMAS

Artificial fertilisers used in non-organic farming increase the water content of vegetables, which dilutes their nutritional content. A warming lentil and tomato soup will provide great nutrition during the festive season and a University of California Davies study found 79-97 per cent higher levels of flavonoids in organic tomatoes; the researchers stated that these antioxidants have been linked to reduced rates of cardiovascular disease, some forms of cancer and dementia.

Eating delicious organic roast potatoes like the Milva and Sante varieties means you can avoid pesticide residues. From your roast potatoes and brussels to your cranberry sauce, make sure your Christmas dinner is loaded with all the right nutrients.

FOR YOUR STUFFING, WHAT ABOUT THE STUFF?

One of the key ingredients in Christmas stuffing is egg so make sure they are organic! More and more people are choosing welfare friendly eggs and animal welfare organisations recommend that organic eggs are the best alternative to intensively produced eggs.

Compassion in World Farming Trust said, "Organically reared chickens must have plenty of space, space to run, to scratch and dust, to spread their wings, to enjoy the open air and the sun on their backs, and generally behave naturally. Organic standards guarantee all this and more for all organic eggs.”

Only 32 of the 300 food additives approved for use across the EU are permitted in organic food. Controversial additives like aspartame, tartrazine and hydrogenated fats which have been linked to health problems such as heart disease, migraines and hyperactivity, are banned in organic food. Choosing organic ingredients means you can relax and enjoy your Christmas meal knowing you aren't harming your body with unwanted extra ingredients.

For those who prefer a sausage stuffing, it is worth remembering that additives allowed in non-organic pork products such as polyphosphates, hydrolysed proteins and sulpher dioxide are not permitted in organic foods and natural sausage skin casings must be used for organic sausages.

Before you open a box of dehydrated stuffing this Christmas, take a close look at the label. With so many fresh, organic ingredients available – bread, eggs, sausage, almonds, celery, herbs - why not create your own, fresh and free of harmful additives. Last minute cooks can opt for the convenience of organic dried stuffing and avoid a range of unnecessary additives, flavorings and preservatives.

DRINK AND BE MERRY

Indulge guilt-free with the huge range of organic wine, beers, ciders and spirits available, which are kinder to the planet and kinder to you. Organic wine is produced using a natural system of farming and limits the use of sulphur to control fungus.

Organic regulations also limit sulphur dioxide which is added to wine as a preservative. On average organic producers use just one quarter of the legal maximum of sulphur dioxide allowed for non-organic wines, which appears to lessen the chances of a hangover.

Organic beer is made from organic malt and hops. The average non-organic farmer is estimated to spray hops up to 14 times each year with an average of 15 pesticides. Soil Association organic cider is made from 100 per cent organic apples.

Organic spirits are available through specialist suppliers and some supermarkets. The main difference lies in the use of organic raw materials, non-organic vodka is made from grain produced in systems usually reliant upon multiple applications of pesticides and artificial fertilisers.

Where have your nuts been?
The globally sourced nut bowl appears on most people's coffee table at Christmas and they are certainly a healthy treat. Yet, pesticide residues were found on 29 out of 48 non-organic samples of nuts tested by the government's Pesticide Residues Committee in 2004.

Residues from methyl bromide were found, which is banned from organic food and used to kill rats, mice and other pests while non-organic nuts are in storage. To reduce your food mileage this year, why not choose nuts that are grown in Europe such as walnuts, almonds and hazelnuts.