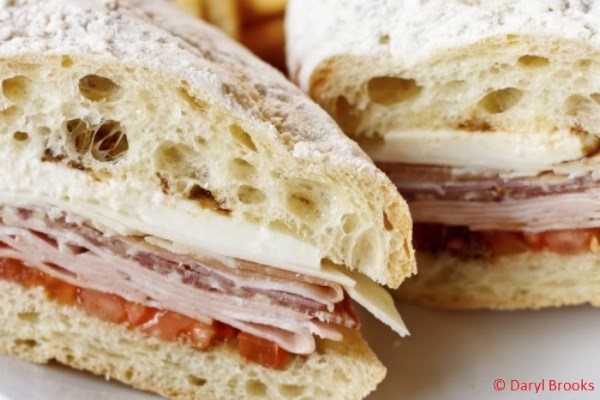 If like us, you think being free-from really matters then keep a close eye on this year's Free-From Awards. FreeFromMatters is a resources site dedicated to food allergy and intolerance - and their yearly awards are essential to everyone who follows a free-from lifestyle.

Being free-from is not simply about avoiding certain foods in your diet - it is a way of life.

It also encompasses skin care products that you 'ingest' through your skin, eating out with caution and finding places you can really trust, as well as watching everything that goes into home food preparation.

Sounds exhausting doesn't it? So for anyone who feel this is just another 'fad' take it from us, it can be a time consuming way of life that many have no choice but to follow. It is not a way of life chosen on a whim or because it is simply fashionable.

With the help from resources such as FoodMatters.com every free-from follower can gain a wealth of information from the available resources and lighten their own load when it comes to eating out, skin care and choosing ready-made foods.

The FreeFrom Food Awards are the industry's only award for excellence for freefrom food - raising the profile of freefrom within the industry and with the consumer.

This year 2014 marks the seventh annual FreeFrom Food Awards, founded and run by FreeFromFoodsMatter and celebrates the innovation and imagination shown by the food industry in creating foods that are free of wheat, gluten, dairy, eggs, nuts, soya or sulphites.

Over the last seven years the awards have become one of the most important fixtures in the freefrom year and the bright yellow awards logo has become recognised as the mark of quality for freefrom foods, widely displayed on winning, commended and shortlisted products on sale everywhere from supermarket shelves to on-line specialist suppliers.

This year FreeFromFoodsMatter are giving 10% of all entry fees to their charity for 2014, Freedom From Torture and have invited all awards entrants to match their donation.The winners of the awards will be announced and presented on 25th March 2014 at an awards party at the Royal College of Physicians in London.

Now in their third, very successful year, the 2014 FreeFrom Skincare Awards are also open for entry, with the presentation of the winners taking place at the Allergy and FreeFrom Show, Olympia, London, from 4th - 6th July 2014.

The FreeFrom Skin Care Awards are designed to celebrate and encourage skincare and cosmetics manufacturers who create products that exclude many of the allergens, chemicals, fragrances and artificial additives associated with skin and health concerns, ethical and environmental concerns, and which may appeal to those looking for purer or more natural cosmetics and products for their skin, including those with problem skin conditions.

The FreeFrom Eating Out Awards are the most recent addition to the family of 'freefrom' awards, run in conjunction with the FoodsMatter family of food allergy and intolerance websites.

The awards have been launched to raise awareness of the huge opportunities offered by 'freefrom' food within the food service sector, especially once the new allergen declarations affecting food service come into force in December 2014.

The 'FreeFrom' Awards are unlike most other industry awards in that they are completely independent. They are widely respected as marks of excellence, and their winners' logos are keenly sought out both by those who need to eat freefrom food or use freefrom skincare products, and by those who prefer to do so.