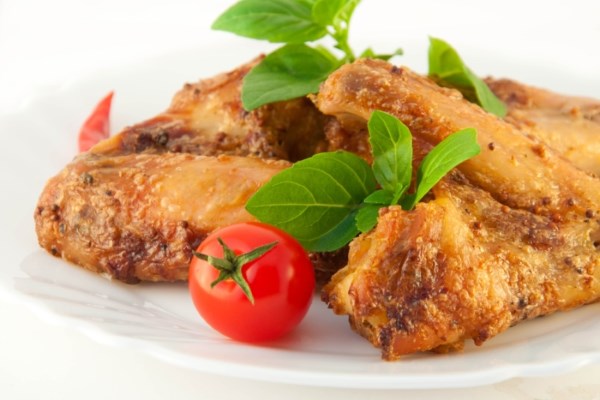 Freefrom food is currently the big success story of the food industry. While other sectors remain relatively flat, freefrom continues to power ahead with growth rates of around 15% year on year and a projected turnover of over half billion pounds by 2017 in the UK alone.

But why freefrom? What is 'freefrom' food? And why is it growing so fast? The answer is simple - the number of people needing or choosing to eat 'freefrom' is growing just as rapidly.

We asked Michelle Berriedale-Johnson, director of the FreeFrom Food and FreeFrom Eating Out Awards, to expand on the 'freefrom' phenomenon.

"Peanut and nut allergy, which used to be almost unheard of, now affects at least one child in 70 and probably more.

Coeliac disease (the only treatment for which is avoiding gluten found in wheat, barley and rye) which used to affect one in 300 people now affects at least one in 100, while non coeliac gluten sensitivity, a newly recognised condition, could affect up to 30% of the population.

But it is not only those who have a medical need to eat freefrom who are doing so.

Food which is free of gluten and dairy products. in particular, is seen as being healthier, less processed and in some way more ethical - so is appealing to the ever growing numbers of those who are concerned about what they eat, not only from a health perspective but from an environmental and ethical perspective as well. And the availability of freefrom food has expanded to feed this growing market.

Much of this expansion has been powered by the arrival on the scene of the big players (Warburtons, Heinz, Youngs Seafoods) who are responding to the growth in the lifestyle freefrom-ers. But although it is the big players that hit the industry headlines, the majority of freefrom food is still made by small, and sometimes very small food businesses. These are often run by food allergy sufferers/coeliacs who believed that they could bake a better gluten-free cake or gluten and dairy-free steak and kidney pie than they could buy, so started to do so.

The rapid growth in the number of freefrom manufacturers means that while going freefrom is still restrictive it is massively less restrictive than it used to be. It really is now possible to walk down the high street and get a gluten-free sandwich or wrap in almost any coffee shop chain or supermarket local (although you need to get there early as demand is still outstripping supply) - or to find a gluten free pizza in any high street pizzaria.

And while gluten-free sandwiches or pizzas are, of course, using alternative grains or flour mixes to create their breads and doughs, there is a parallel growth in freefrom products which do not use substitutes at all but are naturally gluten or dairy free. The rise and rise of the coconut is probably the best example of this trend.

Until five years ago coconut oil was seen as a cheap, processed, saturated industrial baking fat.

However, the importation of cold pressed virgin coconut oils from sustainable forests in the Philippines and the realisation that far from being a bad saturated fat, coconut oil's lauric acid and high levels of medium chain triglycerides were not only healthy but actively beneficial and might even help stave off Alzheimer's, has converted coconuts into the new wonder food.

Not only is coconut oil used as a delicious dairy butter alternative for eating and cooking, but coconut milk and water are popular as drinks and as the basis for yoghurts, desserts and ice creams. (Coconut based products have been winners in several categories in the FreeFrom Food Awards in the last three years.)

Quinoa and teff grains are two naturally gluten free ingredients which have seen a similar rise in popularity over the last few years; also illustrate the increasing cross-over between freefrom and health foods/superfoods. This is partly because freefrom foods are intended for those whose health is compromised in some way (which is why they need them) so should be as health giving as possible. But it has much more to do with the very large and rapidly growing numbers of lifestyle freefromers who are interested not only in the health-giving qualities of the food but in where they came from, and how they were grown and processed.

And while there is an ongoing interest in new foods and superfoods from around the globe (South America being a particularly fertile source) food manufacturers of all sizes are looking again at their existing ranges to see which of them may already be free of gluten or dairy and then rebranding them as freefrom. (Mrs Crimbles very successful macaroons which head up their gluten-free offer, for example, have always been gluten free as no flour was ever used in their making.)

This leads on to product developers looking at other products in their ranges where it would be easy to remove the gluten or dairy element - substituting gluten-free cornflour for normal flour as a thickener in a soup, sauce or casserole, for example - or soya, oat or coconut milk for dairy milk in sauces or desserts - and again rebranding them as freefrom.

All of which means that the choice available to those on a freefrom diet now includes not only staples such as breads and pastas and cereals, but focaccias and muffins and bagels, gluten, dairy and egg-free desserts, ice creams, truffles and fudges, soups, casseroles, pies and pasties, savoury and sweet snacks, traditional pork pies - indeed almost any food that you can think of, although you may still need to search a bit to find the more unusual ones. But at the rate at which the sector is growing, they may soon be joining their non-freefrom lookalikes in the main aisles of the supermarkets.

Michelle Berriedale-Johnson is the director of the FreeFrom Food and FreeFrom Eating Out Awards, both very successful industry awards designed to raise the profile of freefrom and to set a standard of excellence for the industry. She is also editor of the FreeFromMatters sites, a very large online resource for anything to do with food allergy or intolerance and related health conditions, and has written a number of books on allergy and freefrom.