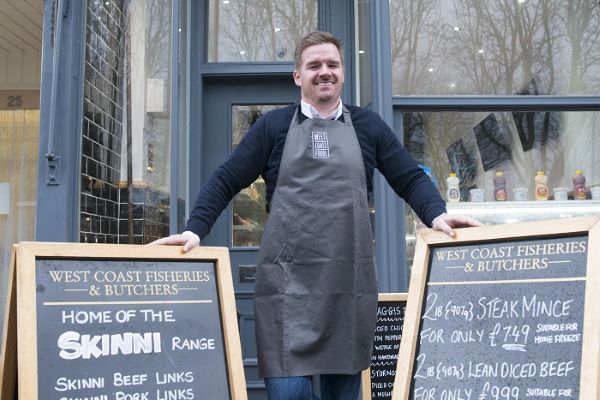 Lifestyles come down to individual choices, and with vegan diets on the rise, what alternatives to the supermarkets are available for those who still enjoy meat in their meals?

We caught up with Gareth Downie, owner of Ayrshire based butcher West Coast Foods, to find out what he thought about supermarket venison vs local butcher options.

"Venison is the ultimate natural free-range food; healthy, Scottish and organic - and it is reasonable to expect that it will be a quality product whether it is purchased in a large store or a small local retailer. But unless consumers become adept at studying and interpreting the small print on labelling in large multiple retailers, they could be purchasing something which is far removed from their fond conception of the product.

The first thing to take into account is that most venison which is sold in supermarkets - that is raw meat as well as products such as sausages and pies - is farmed. The deer will never have roamed wild on a windswept hillside. Almost all of it will be red deer which is much bigger than, for instance, the more delicate roe deer, and is much gamier. It is, perhaps, understandable for profit reasons that large multiples are attracted to the greater carcass size and yield.

But what most people may not be aware of is that a huge proportion of the venison sold in supermarkets does not come from British hills but is transported half way round the world from mega-farms in New Zealand. Ironically, it was the Scots who first suggested the concept of deer farming to New Zealand back in the 1970s and, with typical energy and flair, the Kiwis have picked up the ball and run with it. Frozen venison is now among their most valuable exports.

The key, as always, is in the supermarket package labelling. Most venison products sold in large chain stores will be composed mostly of pork. The venison element will be described as 'of UK and New Zealand origin'.

Local butchers and game dealers, on the other hand, are meticulous about the sourcing of their produce, and venison sold in smaller shops in Britain will almost certainly come from the immediately surrounding countryside. The number of small butchers, after years of decline, has started to rise again after a succession of food scandals and the subsequent desire of consumers to know the provenance of the produce they are eating. Local shop owners will know their suppliers and will be aware of the way they treat their animals. It is in all their interests that the highest ethical standards are maintained at all times.

And, while supermarkets appear to offer a wide range of produce, independent butchers often have a much more locally distinctive range and the flexibility to offer customers particularly choice or unusual cuts of meat. Buying local is about quality, not quantity.

At Your Source Today we often replace meat in our meals for vegetarian options, or go completely meat-free for days at a time. However we are meat eaters and do like to include this in our diet, and for this we use our local Outwood Butcher in Surrey.