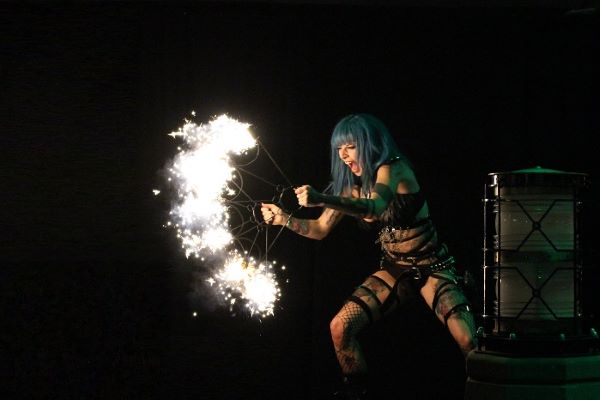 The 13th annual London International Tattoo Convention, the supreme, most esteemed, exciting and enthralling celebration of body art in the world, will be held on 22nd, 23rd and 24th September 2017 at Tobacco Dock, 50 Porters Walk, London E1W 2SF.

More than 400 of the most prominent and talented tattoo artists on the planet, handpicked from every corner of the globe by the Tattoo Life Magazine organisers, will be showcasing their skills in public. The hugely diverse list of styles the world's best inkers will be working in ranges from traditional to religious, to Japanese iconography, to geometric, to Samoan hand-tapped motifs, to photo realist and many, many more. 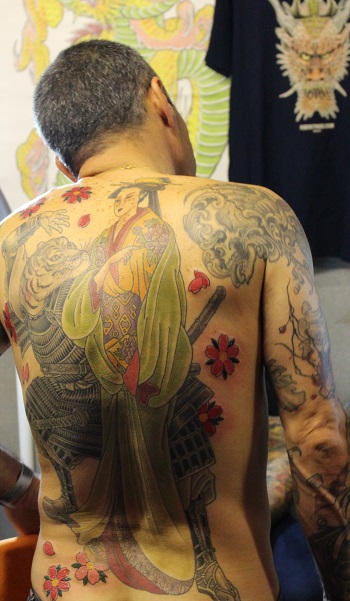 Drawing on the overwhelming success of previous shows, 2017's event is set to be the biggest and best yet, with an exemplary schedule of exhilarating live acts, cutting edge rock and metal bands, breathtaking entertainers, beautiful tattooed pin-up models and inspirational art exhibitions lined up.

The electrifying Fuel Girls the original and best fire-breathing tattooed acrobatic pole, pyro and aerial group in the world, once again return to star as the resident performers on the Fuel Girls Stage. After another full year of training, expect awesome new shows, ideas and themes to be unleashed, featuring flaming props and effects, aerial chains, hoops and silks, large scale fire shows, snake dances and unforgettably hot costumes twice a day, every day of the convention.

Janet Fischietto, the seductive Italian "30's Circus Burlesque" performer whose shimmering stage character embodies the "tattooed lady" of the circus, so typical of the side show and freak show imagery of the times, will also star on the Fuel Girls Stage.

Various other stages of electrifying entertainment will be positioned throughout the venue, including the impressive Tattoo Life Competition stage and catwalk, offering visitors the chance to fully observe and appreciate the most impressive skin-inked artworks of the weekend in detail.

Loads of amazing art exhibits will be on display in the new Exhibition Area on the Quayside. The Japanese Gallery will present a captivating collection of traditional woodblock prints featuring work by Kuniyoshi amongst others, taking viewers through an evolutionary journey of Japanese tattooing, conflating modern day tattoo styles with the popularity of ukiyo-e in the mid-18th century Edo period (1603 - 1868). (www.japanese-gallery.com) The Kintaro Kite Project will feature the work of 35 of the world's most prolific tattoo artists specialising in the Japanese style, who have been invited to unleash their creativity and vision on the canvas of a traditional Japanese kite.

Numerous other unforgettable exhibitions will also vie for attention and, as ever, more wide-ranging selection of food and drink which will be on offer, and the huge, diverse vendors and traders market will be packed with even more head-turning alternative stuff than ever before. Advance tickets, priced at £25 for Friday, £35 for Saturday, £30 for Sunday or £55 for a weekend pass, are available to purchase via www.thelondontattooconvention.com. Admission for visitors under 14 is free, provided they are accompanied by an adult.