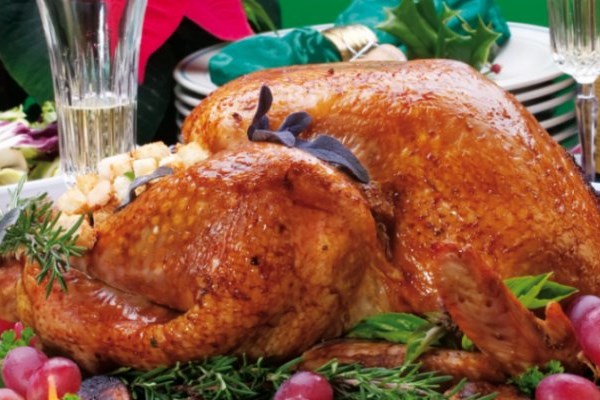 Gary's recipe for a Christmas Roast Turkey With Pistachio & Golden Sultana Stuffing. A classic Christmas Day dinner with the added taste and flair of his unique stuffing recipe.

The size of the turkey listed is 6.5kg (14lb), offering a generous six to eight portions. To roast, it will take about 4 hours, but if you’re roasting potatoes and vegetables with it, cook for a further 30 to 40 minutes. The stuffing can be made up to 48 hours in advance.
www.garyrhodes.com