If you are looking for the ultimate in chocolate design and wish you could put just the toppings you like onto a bar of silky smooth or devilishly dark chocolate - then ChocoMe can help you to create your perfect bar*. Whether you want to mix strawberries with pecan, cinnamon with cranberries or any other combination - ChocoMe puts you in control of your creation, to present you with a bar of chocolate that is uniquely made for you. 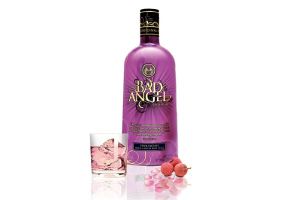 Whether you are looking for a smart aperitif, a warming liqueur or a bottle of fizz to pop on Christmas Day - we have a few suggestions to help you find the right bottle for that perfect moment.

Russian Standard Vodka, the world's number one premium Russian vodka, has teamed up with Emmy Award-nominated U.S. filmmaker, futurist and performance philosopher Jason Silva to explore the wonder of the convergence of science and nature. At an exclusive event at London's Science Museum, Jason Silva delivered an awe-inspiring dissection of how patterns in the natural world are being re-imagined in science. In partnership with Russian Standard Vodka, Jason embarks us on a voyage of discovery that takes us beyond the obvious to realise the incredible in life.

When it comes to chocolate are we really getting the best from the cocoa beans? Many companies overheat their beans and lose all the goodness from their bars. Some add cream and sugar until the original bean becomes less of a chocolate bar and more a butter bar with little nutrition left. But at Ombar they take their cocoa a little more serious and treat their beans with a lot more care, to produce a great selection of 'new' chocolate that should suit every taste. 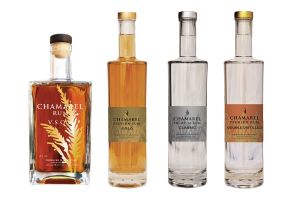 Rum Chamarel comes from Mauritius, from a boutique distillery situated 300 metres above sea level at the foothills of the highest mountain on the Island. The distillery has an annual production of 300,000 litres producing all single estate agricole rum from three varieties of sugar cane, Blue, Yellow and Red - and this selection ensures only the finest rum agricole is produced, with the distillery having trialled and tested which sugar cane (out of the twelve varieties used to make rum agricole) makes good agricultural rum.

Every once in a while we discover a smaller producer that catches our eye. Not because they have a huge marketing campaign, nor an elaborate stall at a grand event but because of the simplicity of their product and the honest way in which it is presented and displayed. Last month (October 2013) we were presented with a jar of pineapple jam and a caramel chocolate spread from EDM - fine groceries online.