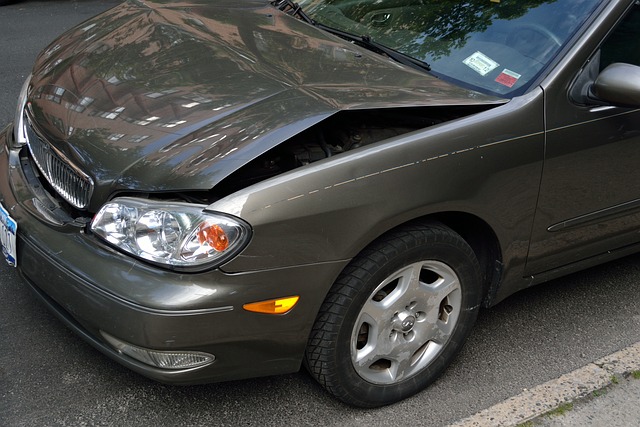 So, you’ve managed to bump your car into something, and you’ve got a nice little dent to show for it. Not exactly the best thing to kick off your day, but it’s certainly better than being in a full-on wreck.

Try not to panic about it. These things happen. The thing about dents is they’re inconsequential enough that they don’t affect how the car drives; however, that doesn’t change the fact that they’re an eyesore to look at. They also knock down the resale value of the vehicle slightly.

If you’re the type of person that can’t stand the sight of a bumper dent, you’ve come to the right place. Today we’re going to examine some tips and tricks on how to fix minor bumper dents.

Since your bumper is made out of plastic, that means it’s susceptible to things like heat. If you can find a way to safely heat up your bumper, that means you will potentially be able to mold it back into the correct shape. Although some folks will tell you to use a hair dryer or a heat gun to accomplish this, both of those items can potentially damage the paint job on the bumper.

Our recommendation? Use boiling hot water and pour it liberally on the area of the dent. This heats up the area of the bumper so that it’s malleable without being so hot that it will ruin your paint job.

The other part of the equation for popping your own bumper dents is suction. You can find a variety of suction cups that are made for popping dents on cars, as well as paintless dent repair kits. Some kits require you to apply the suction device before pouring hot water on the bumper, so make sure that you read the directions carefully.

Pro tip: if you happen to over-pop the dent so that it is protruding, you can remedy that by pouring more hot water on the bumper and pushing it back in with your fingers.

#2 – Heat and Pushing from the Backside

Method number two of popping a dent is quite similar to the first method. Add heat to the bumper using boiling hot water. Once the bumper is in a malleable state, reach behind the bumper while wearing gloves and begin to push on the spot where the dent is from the backside.

This may take a few tries because you’ll notice the bumper will cool down not long after being introduced to heat. Reaching behind the bumper to push the dent out from the backside can also feel a little bit awkward. However, this is one of the cheapest ways to pop out a dent because no special tools are required.

If you are not confident you can do the job right or are concerned that you’ll damage your own paint job, you can always put dent repair in the hands of a professional. Paintless dent repair is exactly what it sounds like; it’s dent repair that uses tools so sophisticated that your bumper won’t require a paint touch-up after popping the dent.

There are a few ways to prevent bumper dents so that you never have to go through the process of popping one out yourself. Perhaps the best method is by getting a vehicle that has camera technology already built into it so that you can see your front and back bumper. In fact, most new cars for sale will issue warning beeps in the event that you are about to make contact with something.

However, if you’re currently not in the market for a new car, you can always get camera technology installed by an aftermarket dealer. Most of the places that sell car stereos and speakers also sell accessories such as remote starters, GPS systems, and camera systems.

Most camera systems start around $100 and go upwards of $200 depending on the brand and quality of the product. Reach out to a local aftermarket car accessory shop near you to get yours installed today.